Chu is an MD-PhD trainee at the University of Florida and is currently a PhD candidate in biological anthropology working with Dr. Connie Mulligan. Broadly, her research takes a biocultural approach and examines how social experiences (e.g. war trauma, discrimination) become biologically embodied to affect health. She is currently investigating the role of the placenta in mediating the impact of maternal stress on newborn health in the eastern Democratic Republic of Congo. She received her B.S. in Human Biology, Health, and Society from Cornell University.

In May 2017 Samantha McCrane graduated from the University of Rhode Island with a Bachelor of Arts in Anthropology, Bachelor of Sciences in Biology, and minors in Arabic and Classical Civilizations. She graduated summa cum laude. Subsequently, she earned a Master of Arts degree at the University of Florida in June 2019 in Biological Anthropology. Currently, she is a Biological Anthropology Ph.D. student at the University of Florida, with a dual focus on forensics and genetics. Samantha is currently studying factors that affect the probability of primary and secondary DNA transfer through touch for her dissertation research. Additional research interests include exploring cranial shape differences between U.S. “White” and European populations in relation to past migrations, differential taphonomic staining on bone from various tattoo and cosmetic inks, temporal changes in ancestry assessment within forensic anthropology, and temporal changes in skeletal indicators of stress at Freedmen’s Cemetery. She is also one of the graduate analysts at the C.A. Pound Human Identification Laboratory (CAPHIL) working on active forensic cases. Samantha is the Laboratory Coordinator at the CAPHIL, and has previously served as the Volunteer Coordinator and Biohazardous Waste Manager. Samantha has also been the primary author on eight case reports produced by the CAPHIL and the peer-reviewer on eight others. Additionally, she has interned at the Humboldt County Medical Examiner and Coroner Office in Eureka California, assisted on over a dozen forensic archaeology field recoveries, and participated in the 2016 excavations at the Strawbery Banke Museum in Portsmouth, New Hampshire.

Kylie is a bioarchaeologist who specializes in stable isotope analyses of skeletal remains. While her dissertation project focuses on three prehistoric populations from the Florida Gulf Coast, she has had the opportunity to travel to Hungary to conduct research on a Bronze Age cremation cemetery. She is currently in the fifth year of her PhD at UF, working under Dr. John Krigbaum in the Bone Chemistry Lab.

Delin Deng is a PhD candidate in the Department of Linguistics at the University of Florida, under the supervision of Dr. Hélène Blondeau. Her research interests mainly lie in the intersection of sociolinguistics and second language acquisition. She specializes in the analysis of discourse markers used by non-native speakers in French and in English as well as corpus linguistics. She is particularly interested in discourse analysis. She participates actively in and has presentations at various international linguistic conferences. Currently, she also collaborates with Dr. Zhen Li at the Chinese University of Hongkong (Shenzhen) in the Department of Computer Sciences as a linguistic consultant on various ongoing projects.

John is a 2nd year PhD student in the Anthropology Department at the University of Florida. He studies sociocultural anthropology under the supervision of Dr. Jeff Johnson. John received his B.A. and M.A. in Anthropology from Northern Illinois University, with a specialization in Southeast Asian Studies. His master’s research focused on cultural models of democracy across the Burmese diaspora. His dissertation research focuses on environmentally-driven human migration in the region surrounding the Bay of Bengal.

Isis is a second year Ph.D. student at the University of Florida working in Dr. Valerie DeLeon’s Virtual Morphology Laboratory and the C.A. Pound Human Identification Laboratory. She received her B.A. in Anthropology and B.A. in Cognitive Sciences from Johns Hopkins University, and her M.A. in Anthropology from New York University. Her research focuses on craniofacial variation and self-identified race and ethnicity within Afro-descendant communities in the Caribbean and Latin America. Overall, she would like to examine practices of forensic ancestry estimation in international contexts. She participates actively with the Black Graduate Student Organization and within her McKnight Doctoral Fellow cohort.

Simon is a 5th year PhD candidate at the University of Florida specializing in historical archaeology under advisor Dr. James Davidson.  His dissertation research focuses on the archaeology of a 17th-century Jewish colonial settlement in Suriname called Jodensavanne, where Jewish colonists were granted unprecedented religious and legal privileges. The major focus of this research is an analysis of Jewish communal identity formation around the burgeoning concepts of citizenship, nationality, and race during this time period. In addition to working in Suriname, he has worked on excavations on colonial and plantation sites in Florida (Kingsley Plantation, Bulow Plantation, Fort Mose) and North Carolina (Brunswick Town/Ft. Anderson).  He is also currently working on a project assessing Jewish cemeteries in North Florida as sites of communal placemaking.

Arianne Boileau is a Ph.D. candidate in archaeology, working with Dr. Kitty Emery at the Florida Museum of Natural History. She received her B.A. in Archaeology at Université Laval and her M.A. in Anthropology at Trent University. Boileau’s research examines human-environment interactions in the Maya world through zooarchaeology, taphonomy, geochemical analyses, and ethnohistory. For her dissertation, she investigates resilience in Maya household political economy at the site of Lamanai, Belize, as a response to Spanish colonialism. Boileau is actively involved in the mentoring of undergraduate students and community outreach activities with the Environmental Archaeology Program at the Florida Museum.

Henna is a second-year Biological Anthropology Ph.D. student working in Dr. David Daegling’s Skeletal Biomechanics Laboratory. Her research interests are in primate evolution, mathematical modeling, bone biology, functional morphology, and anatomy. She received her B.A. and M.A. from Florida Atlantic University where she focused on anthropology, biology, and biomedical sciences. There, her thesis utilized morphometric techniques to study bone geometry and sexual dimorphism. Currently, her research focuses on bone growth and methods for modeling bone, soft tissue, and biomechanical conditions.

Edward is a biological anthropologist with interests in biocultural anthropology. He is interested in racial inequalities in health and what role epigenetic mechanisms play in the embodiment of psychosocial stress. Fall 2020 will be the start of his third year in the PhD program working with Dr. Connie Mulligan as an advisor.

Alex is a graduate student in the Cultural Anthropology PhD program under Dr. Jack Kugelmass. He graduated from UF in 2017 with a BA in Anthropology and History. His research focuses on the political anthropology of the United States and specifically on white nationalist and far-right groups. He seeks to understand how those groups organize themselves physically as well as digitally and how they affect US culture more broadly. His past research has focused on the Trayvon Martin shooting and the impact the media coverage of the event had on the community in which it occurred.

Connie Mulligan is a professor in the Department of Anthropology and the Genetics Institute. She studies human genetic variation in order to reconstruct the evolutionary history of human populations and to investigate the genetic and sociocultural risk factors for complex diseases. She is particularly interested in the impact of stress and trauma on health, and the possibility of an epigenetic mechanism to mediate that impact. Dr. Mulligan has conducted research and collected valuable samples in the Democratic Republic of Congo, Jordan, Yemen, Mongolia, and Panamá. Dr. Mulligan received her PhD from Yale University in 1990 in Molecular Biophysics and Biochemistry. She held postdoctoral and research scientist positions at the Smithsonian Tropical Research Institute and the National Institutes of Health before coming to the University of Florida in 2000.

Chelsea Johnston is the Scholarly Publishing & Repository Librarian at the George A. Smathers Libraries at the University of Florida. She manages the Libraries’ open access journal publishing program on Florida Online Journals, supports the Institutional Repository at the University of Florida, and contributes to other initiatives in digital scholarship and publishing through the LibraryPress@UF. Chelsea has also worked as a Library Operations Coordinator at the University of South Florida Libraries and an Associate Acquisitions Editor at Elsevier. Her research interests include publishing, project management, digital scholarship, and partnerships in academic libraries.

Dr. Mahar serves as the Anthropology Librarian for the George A. Smathers Libraries at the University of Florida where she holds affiliate faculty status with the Department of Anthropology. She has long-term research interests in the technology and practices of Southeastern coastal fisher-hunter-gatherer communities of the Late Archaic and Woodland periods. Her current research explores the intersections between cosmology, ritual gatherings, feasting, and fishing technology among Woodland era communities of the North Florida Gulf Coast. Her methods include experimental archaeology, ethnoarchaeology, and allometry as well as traditional archaeological investigation and material analysis. Mahar actively participates in community outreach events to spread awareness of the vulnerability of coastal heritage in Florida by giving public talks and partnering with the Florida Public Archaeology Network. 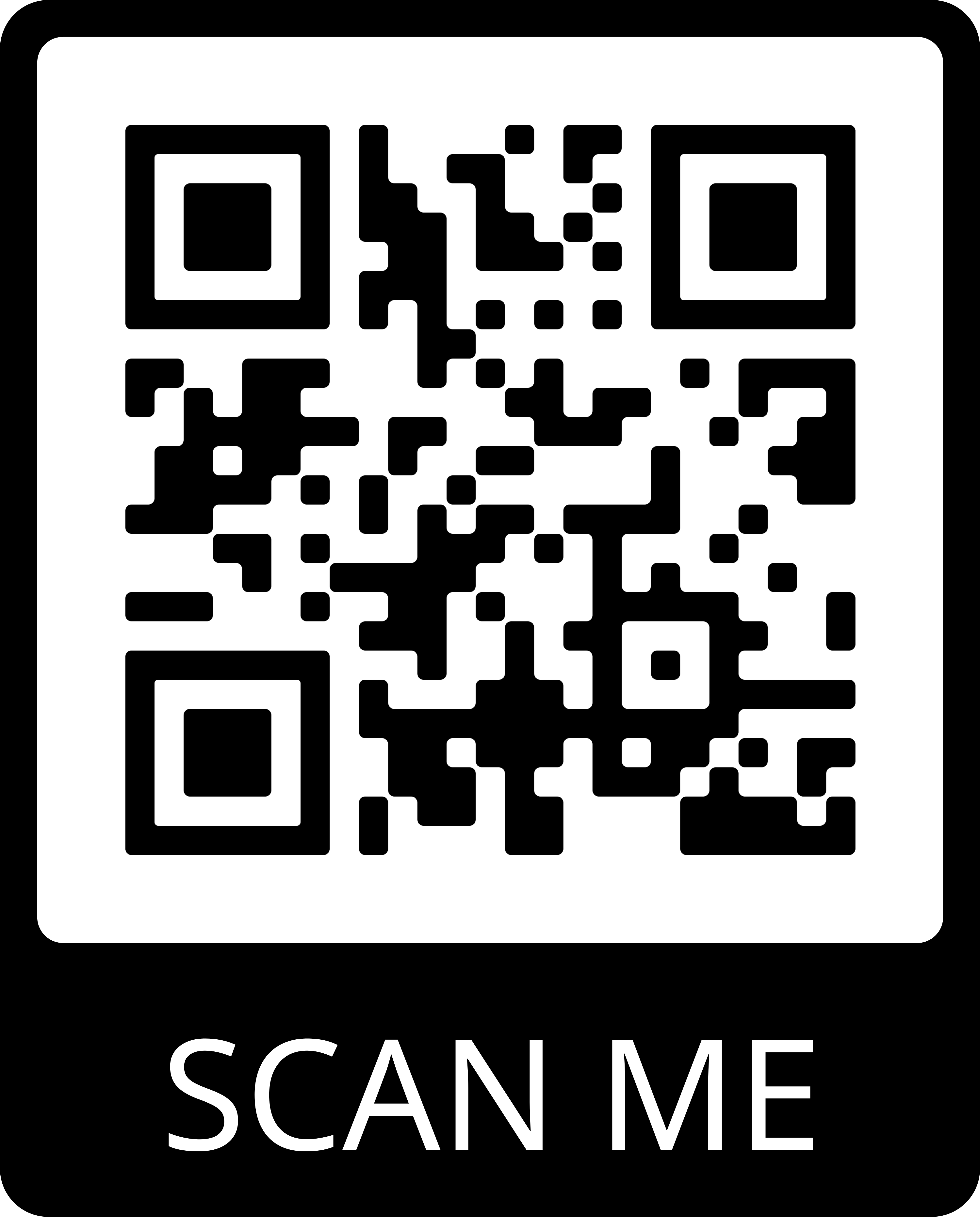