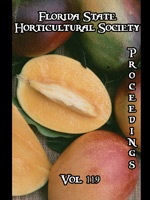 Pineapple (Ananas comosus (L.) Merr) production in Costa Rica has significantly increased both in cultivated hectares and tonnage in the last 8 years. The production systems are diverse, from small scale production of rustic varieties (Montelirio), to intensive production of improved varieties (Smooth Cayenne, Champaka and MD2). In 1973, the pineapple crop was 738 hectares. In 1984 it increased to 2,500 ha with none acreage in the Atlantic Region. In 2002 production covered 13,500 and in year 2006 production will cover 27,000 hectares. Of these, more than 10,000 hectares will be in the Atlantic Region where there was very little a decade ago. The objective of this work was to do a prospective structural analysis of trends and then the construction of scenarios of the impact that such expansion will cause in the region. The main components, plus endogenous and exogenous factors of pineapple expansion were identified. An incidence matrix between components and factors was built, and from this a cross-impact matrix of the key factors of pineapple production was mounted in order to identify foresight scenarios on the increase in pineapple area in this Atlantic Region (HAR).
PDF