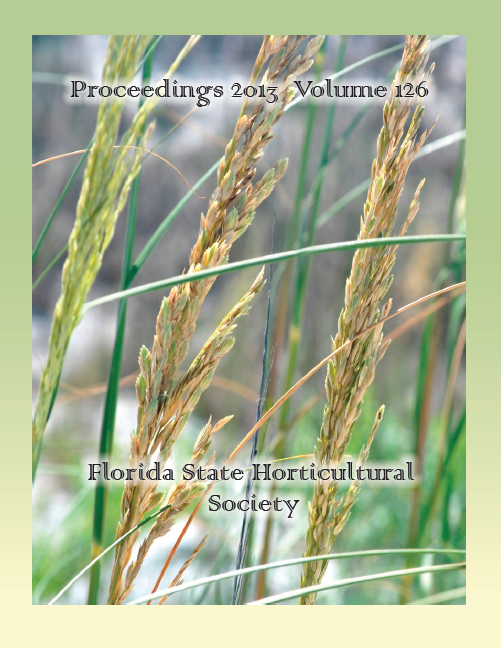 Consumption of local foods has developed rapidly over the past 10 years in response to concerns about food safety and quality; however, consumer behavior for purchasing local foods has not been widely studied. In a 2012 survey of 7,500 Florida households, a majority of respondents defined “local” foods as originating within a radius of 100 miles of home or within the state of Florida, while a minority defined it as within my county, city, or town. A majority of respondents purchased local foods at retail grocery stores or farmers’ markets. The total value of all foods purchased annually through local market channels in Florida was estimated at $8.314 billion, averaging $1,114 per household, or 20.1% of total food purchases for at-home consumption. Fruits and vegetables were the most commonly purchased types of local foods. These values are much higher than has been reported previously in the literature, and suggest that local food systems in Florida are better developed than most other areas of the United States. The total economic impacts of
local food purchases in Florida, including indirect multiplier effects calculated with a regional economic model, were estimated at 183,625 jobs and $10.47 billion in GDP.