Art as Symbol of Power and Control among the Yorùbá 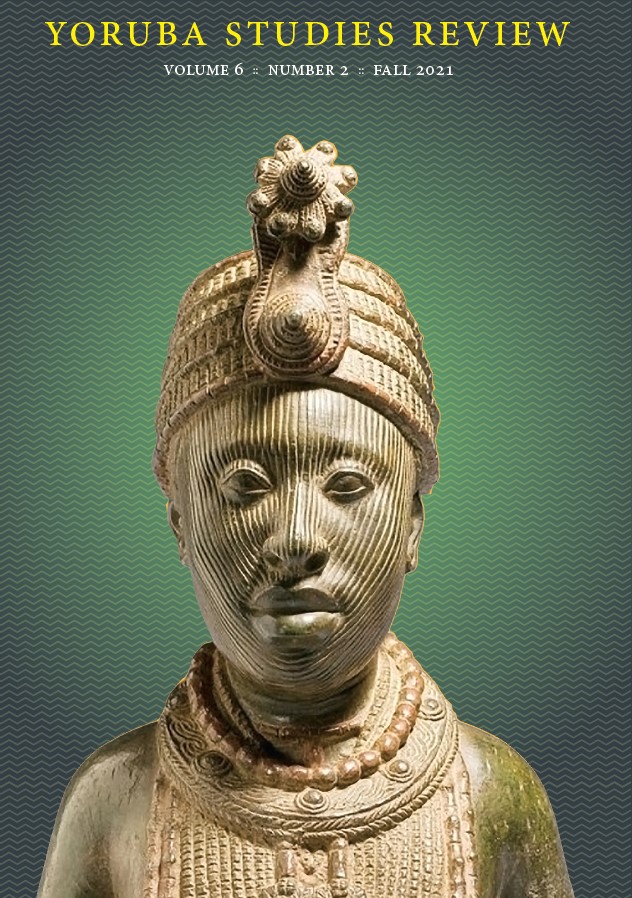 The Yorùbá are popular for the peculiar art forms, which include woodcarving, textile design, metalwork, cloth weaving and embroidery, beadwork, costuming, pottery, architectural ornamentation, mural paintings, body beautification among others. The Yorùbá artists produce unique forms in these diverse areas of art. These forms often bear visual renditions of symbolism that are pregnant with socio-political meanings. This paper is, therefore, aimed at examining the symbolism of power and control among the Yorùbá found on some of the art forms. This is with the view of understanding the belief of the people about power and its control in the development of the Yorùbá nation. Photographic data for the paper were gathered from written literature and fieldwork. Formal and contextual methods were employed in the analysis of the data. In the course of analysis, oral traditions such as songs, proverbs, etc. were used. It was found out that the exercise of socio-political power in the Yorùbá society is a product of their belief system and philosophy as expressed in their art forms.