Due to an error made whilst producing a major butterfly book more than a century ago, a pair of specimens of the species Mydosama pitana (Staudinger, 1897) was used as the basis for the first published illustration of the species Mydosama marginata (Moore, 1881). This error is most likely the reason why today the specimen considered as the holotype of M. marginata is actually a specimen of M. pitana. This in turn appears to have led to another more recent major work on butterflies mixing up the two species. After finding the type series of M. pitana, and surveying collections at seven major museums for available specimens, we now have strong evidence for the identity of both these species. We did not find a single case of sympatry, despite this having been reported in recent literature. To clarify the use of the name M. pitana a lectotype is designated from the specimens in Staudinger’s original type series. 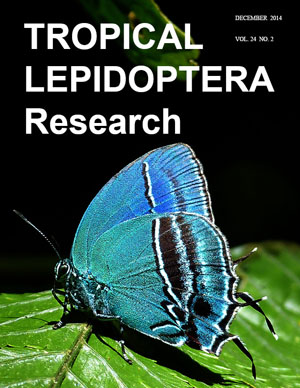