Facultative mimicry? The evolutionary significance of seasonal forms in several Indo-Australian butterflies in the family Pieridae.

Several Asian pierid butterflies exhibit a pattern of phenotypic plasticity whereby the wing surfaces are more melanized in the wet season than in the dry season. The wet season in the Indo-Australian regions where these species occur is warmer, so this pattern cannot be explained as an adaptation for thermoregulation. We propose an alternative hypothesis of facultative mimicry to explain this pattern. Species in the aposematic pierid genus Delias are widespread through Indo-Australia, and feed on host plants that are assumed to be toxic. The wet season forms of pierid species such as Appias lyncida, Prioneris thestylis and Cepora nerissa have darkened wing patterns that make them likely mimics of Delias species. Other species such as Ixias pyrene also have a wet season pattern that may benefit from its resemblance to Delias species. This hypothesis could be tested with experiments on the differential success of the seasonal forms under varying conditions. Facultative mimicry may represent a previously undocumented means by which insects can adjust their participation in mimetic relationships by using cues from their environment. 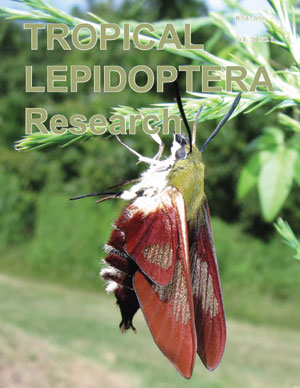