EVALUATION OF SOURCES OF RESISTANCE TO MELOIDOGYNE ENTEROLOBII IN SOLANUM STRAMONIFOLIUM AND S. SCUTICUM AS POTENTIAL ROOTSTOCKS FOR CULTIVATED SOLANACEAE

Root-knot nematodes (Meloidogyne spp.) are responsible for economic losses in various crops across the world. Meloidogyne enterolobii was first found in Brazil on guava in 2001 and spread rapidly, causing loses in many other plant species as well as vegetables such as tomatoes, Capsicum species, lettuce, and sweet potato. Meloidogyne enterolobii is also known to affect plant hybrids that contain resistance genes to other major Meloidogyne species. The objective of this research was to identify sources of resistance to M. enterolobii in Solanum stramonifolium and S. scuticum with the potential to be used as rootstocks for cultivated crops in the Solanaceae family. Twenty-nine accessions of S. scuticum and seven of S. stramonifolium were evaluated. Tomato cultivars ‘Rutgers’ and ‘Nemadoro’ (standard for M. javanica, M. incognita, and M. arenaria) were used as susceptible and resistant controls, respectively. The experiment was conducted in a greenhouse in a completely randomized design with six replications. Plants were grown in plastic pots containing 1.5 L of substrate and then inoculated with 5,000 eggs and second-stage juveniles of M. enterolobii. After 74 days incubation, gall index (GI), egg mass index (EMI), number of eggs per gram of root (NOGR), and reproduction factor (RF) were determined. Solanum stramonifolium was the best source of resistance to M. enterolobii, with the accessions CNPH 349 and CNPH 24 being highly resistant. Solanum scuticum had a lower frequency of resistance compared with S. stramonifolium. However, it was possible to identify some S. scuticum accessions, CNPH 07, CNPH 39, and CNPH 9, that were resistant to M. enterolobii. 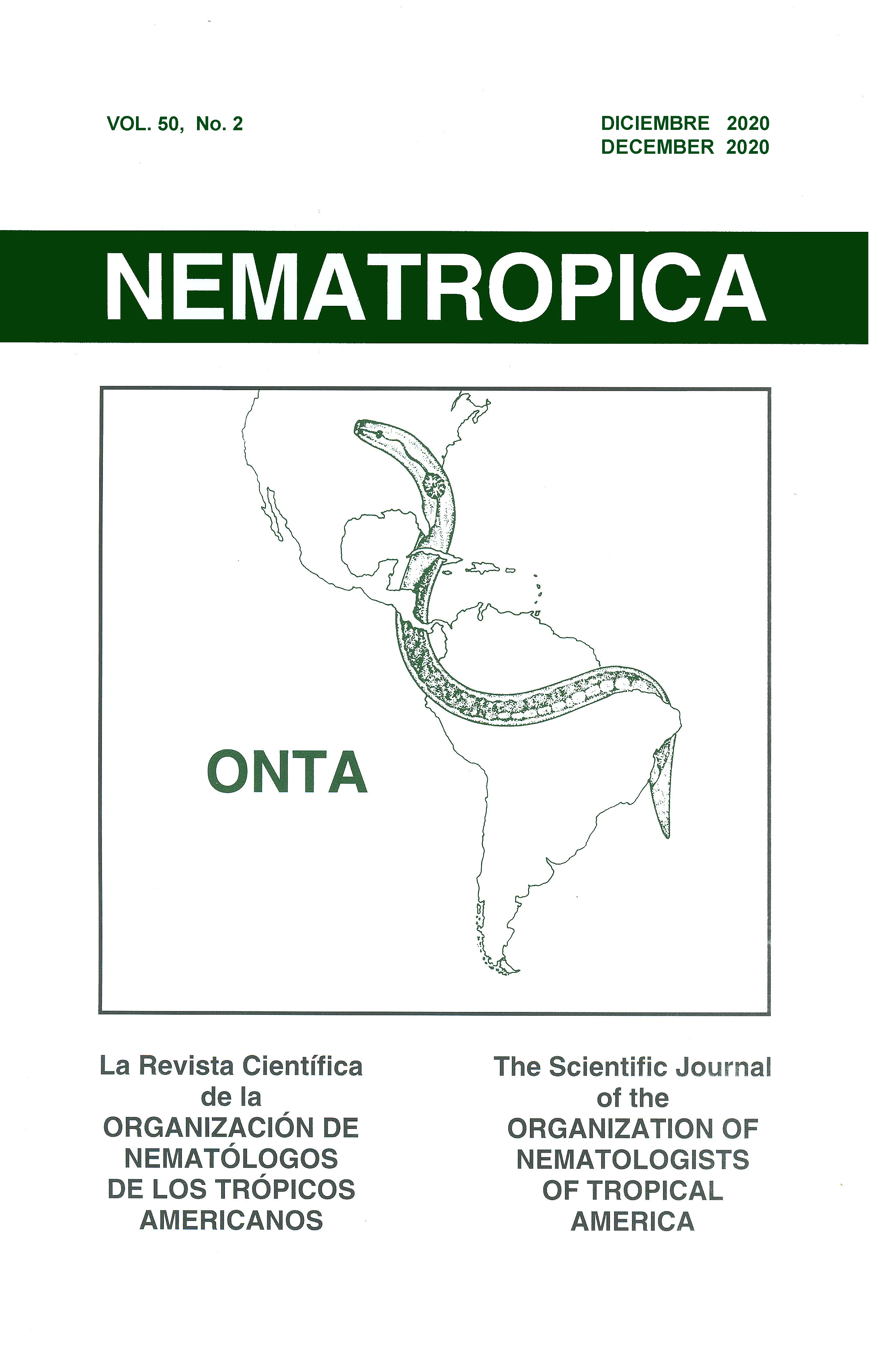