Freedom from plant-parasitic nematodes associated with the native ranges of plants might contribute to plant invasions in new areas. However, nematode damage surveys and diversity inventories are largely limited to crop plants. No invasive plant has ever been compared in its native and invaded ranges for damage due to plant-parasitic nematodes. The objective of this study was to determine nematode taxa and trophic groups associated with spotted knapweed (Centaurea stoebe) in its invaded range in western North America. Three sites invaded by spotted knapweed were selected near Moscow, Idaho, USA.  Soil samples, roots, and shoot systems of C. stoebe were collected in June 2012 at the young-rosette stage, in July 2012 at flowering, and in August 2012 at bolting and nematodes extracted. Sixteen nematode taxa were identified from soil samples. Bacterial-feeding and omnivorous predator nematodes were the most dominant groups, whereas plant-parasitic nematodes were found to have the lowest population levels. Aphelenchoides, Aphelenchus, Ditylenchus, and Tylenchus were characterized as fungal-feeding nematodes. Aphelenchus (400 individuals/100 g of soil) was the most prevalent fungivorous genus found in the bulk soil, followed by Aphelenchoides (120 nematodes/100 g of soil). Even though almost all nematode trophic groups coexisted with spotted knapweed in both the rhizosphere and in the bulk soil, no nematodes were obtained from root or leaf samples. Centaurea stoebe could be in a state of nematode release in western North America relative to its native range in Eurasia. The next step in the native range is to see if the plant-parasitic nematodes known to occur in Eurasia with C. stoebe actually damage or in some way limit the plant. 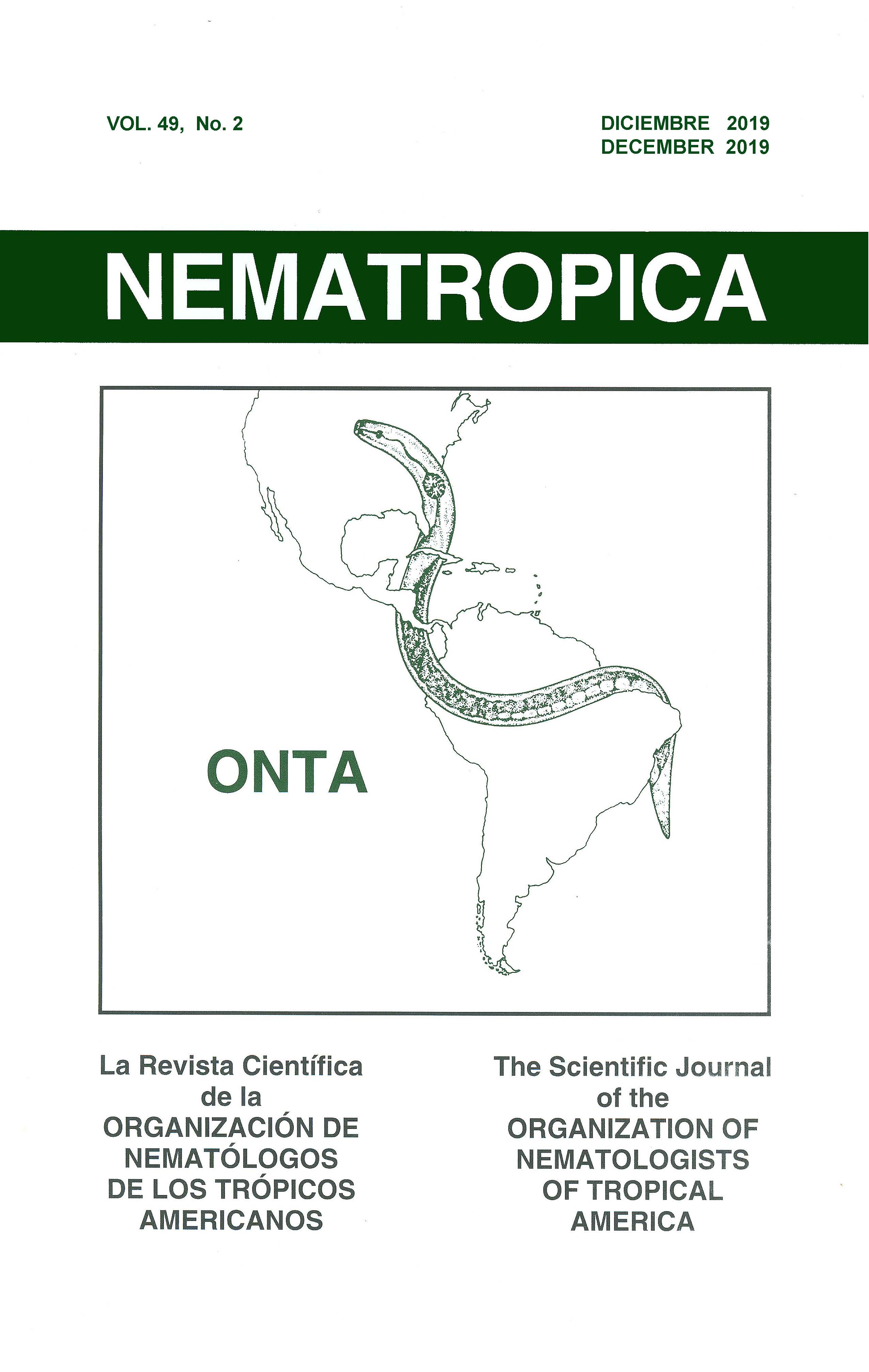