A NEW LABORATORY COLONIZATION OF AEDES AEGYPTI AFTER REEMERGENCE AND UNSUCCESSFUL ERADICATION IN ST. AUGUSTINE, FLORIDA

After unsuccessful eradication attempts against Aedes aegypti (L.) following a sudden re-emergence in St. Augustine, Florida in early 2016; a new locally acquired colony strain of Ae. aegypti was established at the Anastasia Mosquito Control District (AMCD) in June 2017. Aedes aegypti adults were maintained in cages at the AMCD insectary. Larval and adult mosquitoes were collected from downtown St. Augustine, Florida. Female mosquitoes at 5-7 days old were fed upon the exposed forearm of human volunteers in the 1 st and 2 nd generations. Mating was observed in a large cage and confirmed with eggs deposited on wet filter paper in ovicups. Over 90% egg hatch was observed in the laboratory. The new colony strain of Ae. aegypti has been cataloged at the USDA, Center for Medical, Agricultural, and Veterinary Entomology facility in Gainesville, FL and is being used to further research and control this species across North Florida. 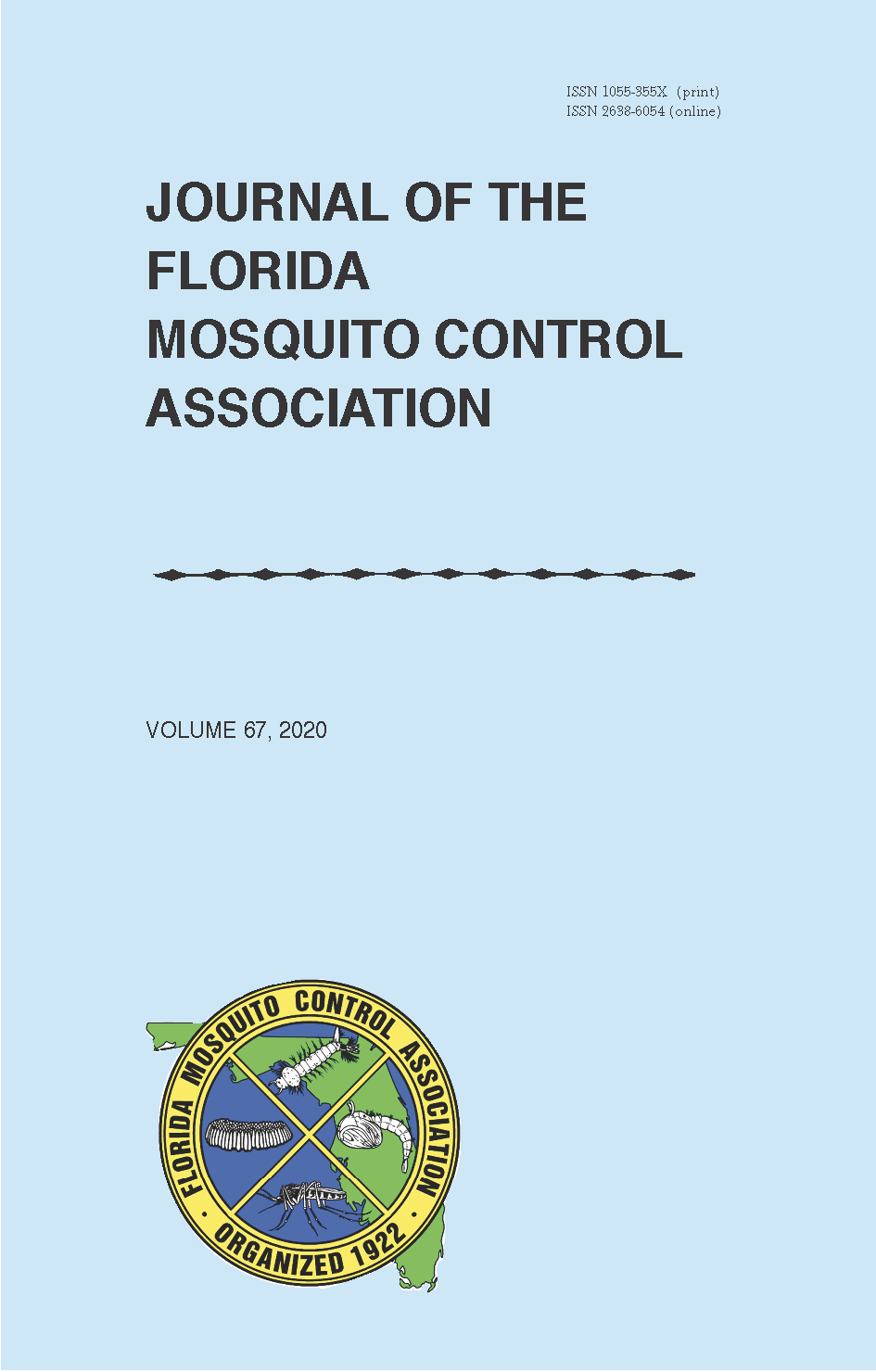