An Application of LIDAR to Analyses of EI Nino Erosion in the Netarts Littoral Cell, Oregon

El Nino produces coastal and beach erosion along the West Coast of the USA by elevating mean water levels so that tides are significantly higher than predicted, and by altering the paths of storms that generate large waves. In the past it has been difficult to adequately document the erosion impacts since they are so widespread. This difficulty has been solved through the application of LIDAR, which uses a scanning laser mounted in a small aircraft to rapidly and accurately survey beach elevations. This study uses LIDAR to document the beach changes and shoreline erosion that occurred during the 1997-98 El Nino within the Netarts Littoral Cell on the Oregon coast, a 14-km long "pocket beach" between large rocky headlands. The LIDAR surveys demonstrate that sand generally migrated northward within the cell due to the southwest approach of the El Nino storm waves, but there was a complex pattern of beach-elevation change due to the superposition of eroded rip-current embayments. The greatest beach erosion occurred near the south end of the cell, where it impacted Cape Lookout State Park, and to the north of the inlet to Netarts Bay where it threatened The Capes, a development of condominiums located on a high bluff. In both cases the LIDAR data proved to be extremely useful in quantifying the erosion, and in providing a better understanding of the erosion processes that occur during an El Nino. 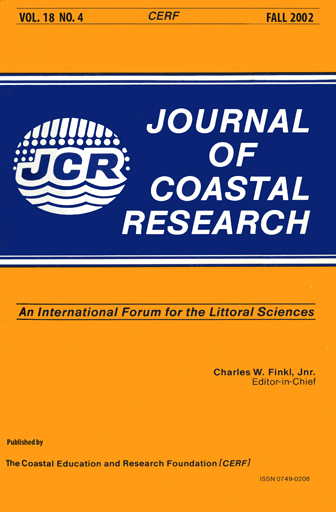