Impact of Gravel-Mining on Stream Channel and Coastal Sediment Supply: Example of the Calvi Bay in Corsica (France)

Beach erosion during the last three decades in Calvi Bay, Corsica, is described and linked to a reduction of gravel and sand delivery from the Figarella and Fiume Seccu coastal streams. Recent assessment of bedload transport during a 1 in 2 year flood and stream bed changes evaluated from aerial photographs and field measurements (cross-sections, long profiles, sediment size analysis) show these streams deliver less and less sediment to the beach, thereby explaining its erosion.

Two main causes explain this trend: (1) in-channel gravel-mining has been operated on these streams since the 1970's and (2) significant land-use changes have taken place in their watershed since the end of the 19th century. The gravel pits trap sediments and induce adjustments in channel geometry. An alder forest that colonized the gravel pit on the Fiume Seccu traps most of the sand delivered by the watershed and represents a major flood risk because vegetation encroachment has increased hydraulic roughness. The excavation in the Figarella measures 600 000 m3, corresponding to a channel degradation of 3 m. Channel degradation and armoring are also observed upstream and downstream of the excavation due to progressive and regressive erosion as a result of bedload transport disruption and downstream winnowing. The winnowing process has been very effective because bed material is heterogeneous. Field measurements demonstrate that less than 50% of the beach sediment deficit results directly from mining. Beach erosion is also linked to decreases in sediment delivery from the watersheds. Channel patterns have simplified even in the reaches which are not affected by mining. Braided channels have been replaced by single-bed channels and most of the channels observed in aerial photographs from the 1950's are now vegetated. Late 19th c. agricultural decline has led to land-use changes, croplands and pasture being replaced by spontaneous undergrowth and woods, reducing erosion and run-off.

Beach erosion, due initially to watershed land-use and channel changes on coastal streams occuring since the late 19th century, and worstened by gravel-mining, is far from under control. As gravel pits will continue to trap sediments for several decades, decision-makers should favor natural or artificial solutions to increasing sediment delivery if they want to maintain the beach, essential to the local tourist industry. 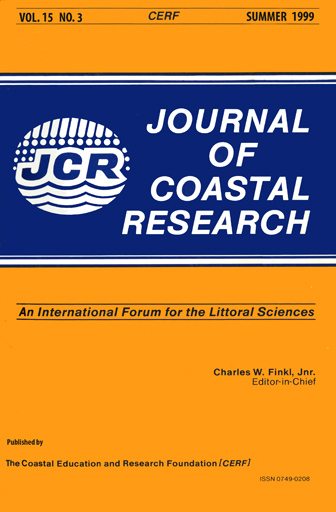