Lagoa dos Patos in southern Brazil is part of the largest lagoonal system in South America. The Holocene lagoonal sediments of the Lagoa dos Patos, mostly muds, have an average thickness of about 6 m as determined by 297 km of 7.0 kHz echograms. Holocene muddy sedimentation developed over a probable Upper Pleistocene coastal plain, whose surface has a sub-bottom reflector that could not be penetrated by the energy of a 7.0 kHz seismic wave. The characteristics of this reflecting surface suggest indurated Pleistocene muds and/or sediments that are coarser than the overlying muddy deposits of Holocene lagoon. Based on stratigraphic correlation and the local sea level curve, we estimate that Holocene sedimentation started about 8.0 ka ago. This yields an average deposition rate of 0.75 mm/ yr. A broadly comparable average rate of 0.52 ± mm/yr was obtained for cored intervals between 14C samples from the upper part of these muddy Holocene lagoon deposits. 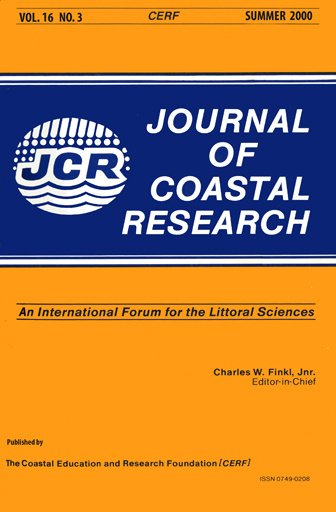