Litho- and chronostratigraphic analyses of radiocarbon-dated cores are utilized herein to distinguish Holocene deltaic and underlying transgressive units and late Pleistocene alluvial deposits in the western Ganges-Brahmaputra delta. Regional distribution of these facies indicates that neotectonic displacement, including differential land subsidence, of delta plain sectors is one of the major controls of late Quaternary depositional patterns in this depocenter. The spatial and temporal configuration of Holocene deltaic sediment thickness, mud and sand layers, peats interstratified in Holocene sequences, and modern mangrove forests that form the Sundarbans are attributed to NE-SW, and to a lesser extent NW-SE, neotectonic trends. Holocene sedimentary and stratigraphic configurations closely parallel geological structures, some of them deep seated, that affected this region during most of the Tertiary and have continued to the present.

Extensive mangrove forests developed along the NE-SW zone of thickened Holocene deltaic deposits. Their present configuration is related to natural factors, such as eastward tilting of the delta, rapid sediment accumulation (to 0.7 cm/yr), marked land subsidence (to 0.5 cm/yr), and increasing anthropogenic influences, including large-scale land reclamation and decreased river flow influx. The diverse and extensive mangrove tracts of the delta have significant environmental and economic implications for the rapidly growing population, including serving as a buffer zone that helps to reduce the impact of landward-driven tides, storms and cyclones. Interpretation of Holocene facies in the subsurface by means of radiocarbon-dated cores provides a mean to more precisely define the interaction between contemporary Holocene depositional patterns and neotectonics. This information, in turn, can be utilized to develop realistic measures needed to minimize further degradation of this biologically unique ecosystem. 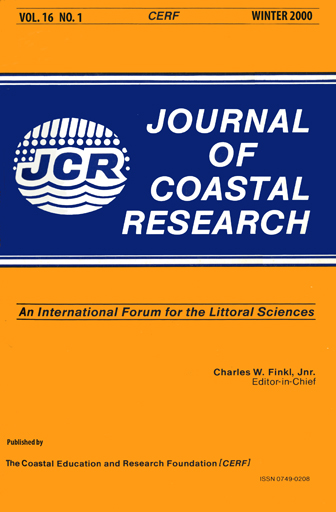