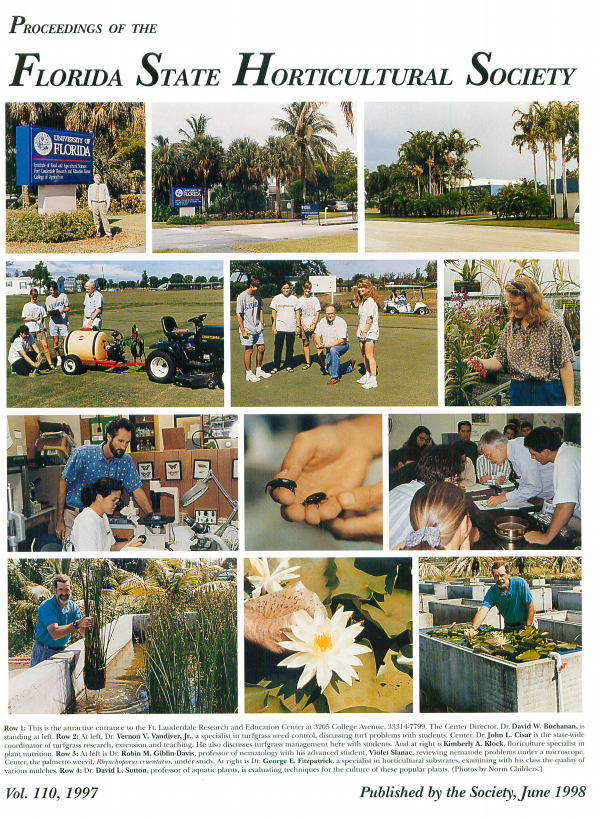 A pyramid trap known as the Tedders trap was used to monitor emergence patterns of the root weevil, Diaprepes abbreviatus (L.) in two citrus groves in Hendry County (southwest Florida) during 1996 and 1997. Two sizes (1 ft and 2 ft base) and colors (red and black) were compared with no significant differences. A well defined peak of weevil captures was seen in mid-April both years, as was a more poorly defined fall peak which continued into early winter. While the traps failed to detect treatment effects in single row plots, they did provide useful information for management planning. Soon after peak emergence in mid-April would seem to be an optimal time for foliar sprays directed against adults. Applications of nematodes against larvae might best be made to coincide with the first summer rains in June, when most of the current year's crop of eggs would have hatched and soil conditions would be favorable to nematode movement and survival.
PDF