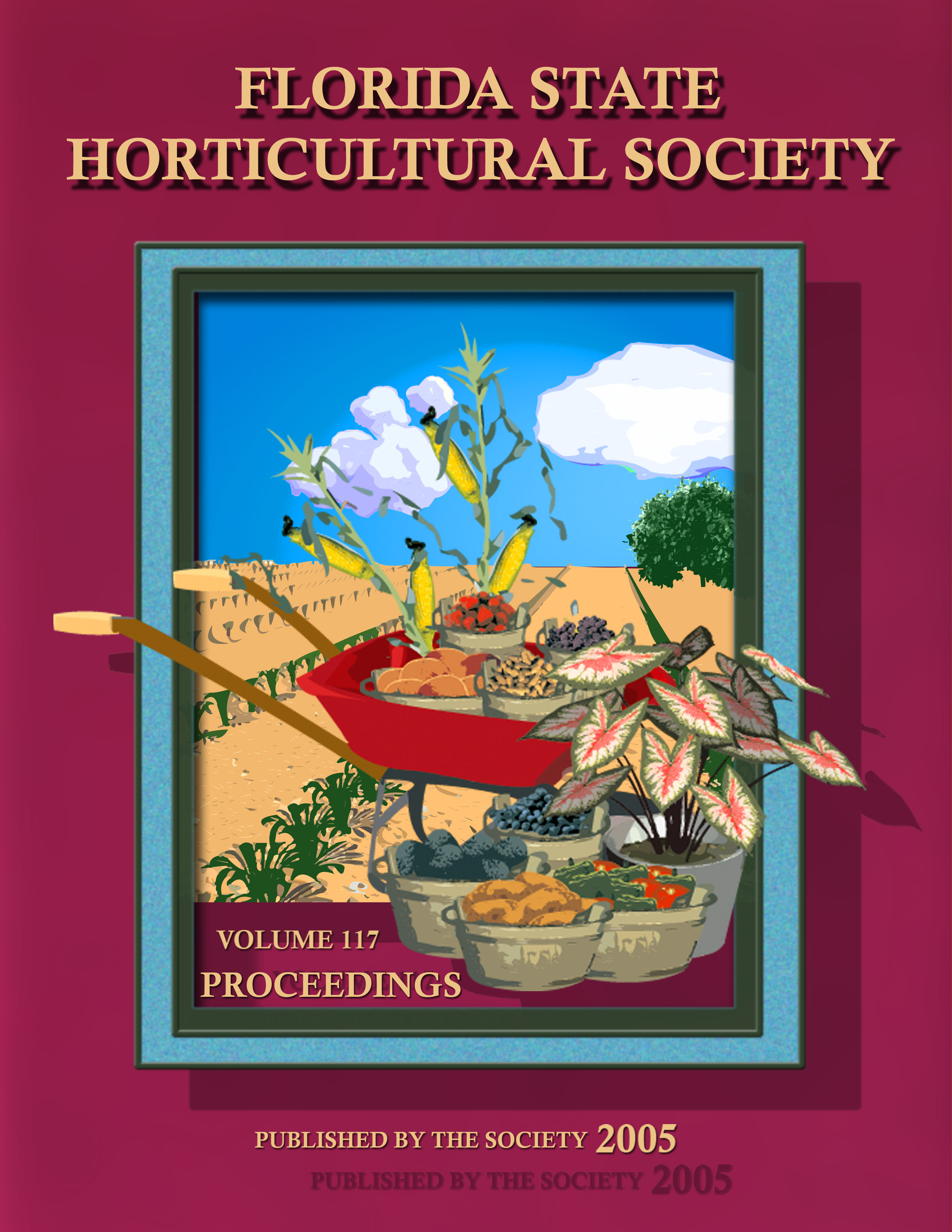 On December 10, 2003, 18 plants each of 89 vegetatively propagated bedding plant cultivars were transplanted into the trial garden located at the University of Florida Fort Lauderdale Research and Education Center. The plants were planted as 3 groups of 6 plants, with the groups being randomly placed in the garden. All of the cultivars were planted under 30% shade. Plants were watered 3 times per week for 30 minutes using overhead irrigation. Monthly evaluations were conducted to record plant height, plant width, flower number, number of plants with flowers, insect and disease damage, and quality rating. Quality was rated on a scale of 0 to 5 with 5 = top performance, 3 = plants of interest, 1 = poor performance, and 0 = dead. Two consumer preference surveys also were conducted with the first survey in January 2004 and the second in March 2004. Results from the two consumer preference surveys and from the monthly quality ratings are presented in the text.
PDF