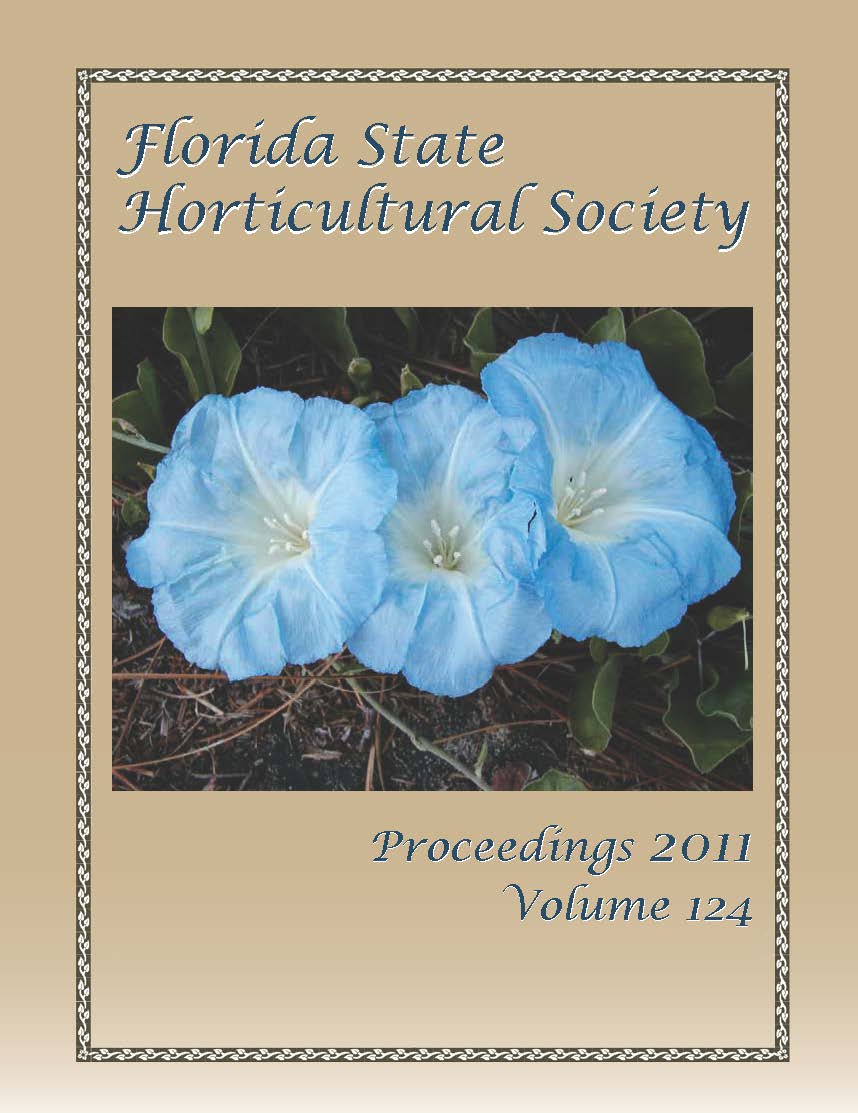 Caladiums (Caladium × hortulanumBirdsey) are prized for their colorful foliage and are used mainly in relatively high light areas—both outdoors as summer bedding plants and indoors as potted florists’ plants. In addition, caladiums are also used to a very limited extent in florists’ arrangements. However, caladiums, especially recently developed cultivars, may have potential for use in lower light interiorscapes and as more durable cut foliages. Seven cultivars, four fancy-leaved and three strap/lance-leaved, were produced under two shade levels (50% and 88%) and evaluated under simulated home/office conditions for display life (potted florists’ plants) and vase life (cut foliage). Display life ranged from 93 to 121 days with the strap/lance-leaved cultivar ‘White Wonder’ lasting the longest. Production shade level had a significant effect on display life with plants produced under 50% shade lasting 18% (17 days) longer than those produced under the heavier shade. Vase life ranged from 11.9 (‘White Christmas’) to 27.7 (‘Candyland’) days. The strap/lance-leaved cultivars lasted longer than the fancy-leaved ones. An interaction occurred between cultivar and production shade level—leaves of ‘Florida Calypso’ and ‘Raspberry Moon’ produced under 88% shade did not last so long as those produced under 50% shade. Production shade level did not affect the vase life of the other cultivars. Display and vase life results suggest that some recently developed caladium cultivars have potential for use in interiorscapes with relatively low light levels, both as potted florists’ plants and cut foliages.