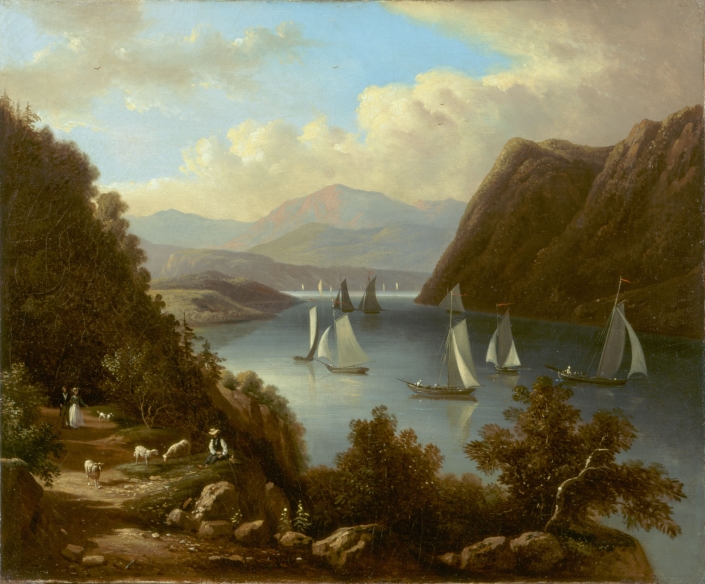 In 1969, a curious picture entered the collections of the Metropolitan Museum of Art, in New York City, as part of a major bequest by American banker Robert Lehman (1891-1969). Identified as a Hudson River Scene, the painting, undated and unsigned, depicts an idyllic river landscape, surrounded by green hills, indeed reminiscent of the Hudson River School. Yet the attribution devised by the museum for might appear curious at first glance, as it does not rule out the possibility of a work produced by a little-known French painter named Victor de Grailly. Born in Paris in 1804, Grailly died in the same city in 1887. Mentioned in several museum collections, his pictures constitute a debatable body of work to this day. But if only a few biographical elements have been saved about the artist, the crunch of the debate lies elsewhere.