Visual and Textual Narratives: Shifts in the Identity of the Byzantine Croce degli Zaccaria 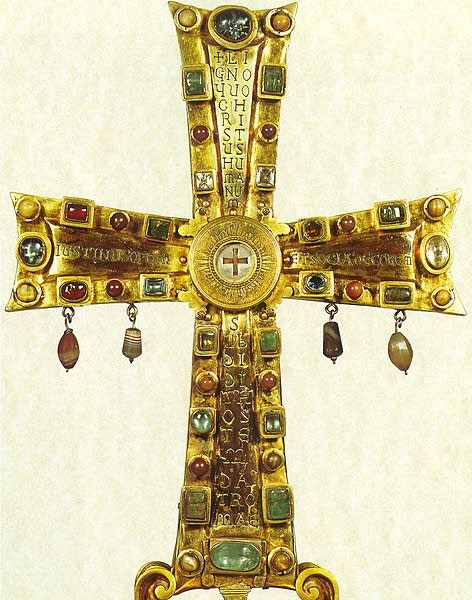 The True Cross, understood by the Christian faithful as the wood on which Christ was crucified, was legendarily discovered by Helena, the mother of Byzantine Emperor Constantine I, in 362 CE in Jerusalem. This discovery established imperial Byzantine control of the Cross and its relics, limiting their movement out of Byzantium. With the Crusader sack of Constantinople in 1204, reliquaries of the True Cross became more accessible. Many were taken west into the treasuries of Western European churches, where they can still be found today. The reception of these objects varied, but often, western viewers imposed new identities on these reliquaries by refashioning them or assigning them new narratives. One such reliquary of the True Cross that traveled from Byzantium to the west is now known as the Croce degli Zaccaria. In the pages that follow I will examine how the Byzantine identity of this reliquary was perceived as it moved through the medieval world.