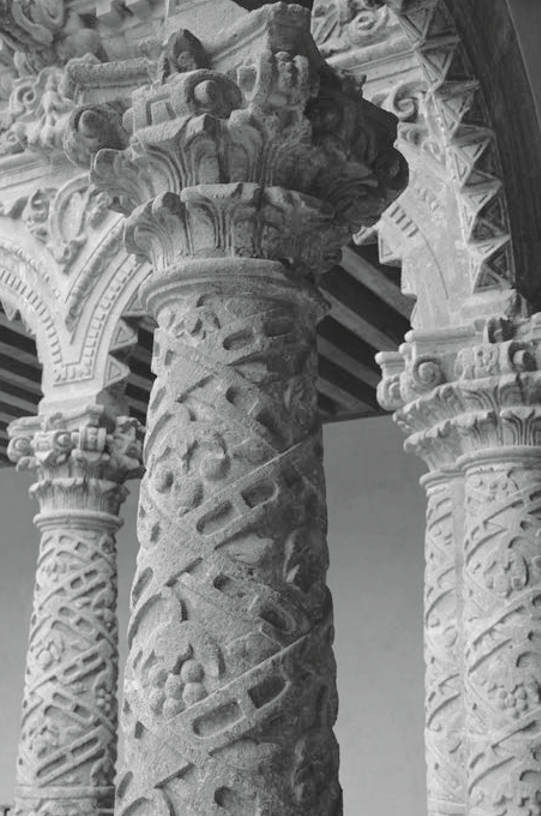 The term Mudéjar art or Mudejarismo was coined in 1859 by Spanish historian, José Amador de los Ríos. Mudéjar art has its origins in the Iberian Peninsula, present day Spain and Portugal, a product of the convivencia, or coexistence of the Abrahamic religions throughout the later medieval period. Scholars describe Mudéjar art as a “uniquely Iberian artistic hybrid” in which Islamic motifs were assimilated and incorporated into Christian and Jewish works of art. Mudéjar art primarily included architecture, but was also displayed in ceramics, textiles, and wood carving among others. The most emblematic features of Mudéjar are mainly considered in the decoration of architectural exteriors and interior spaces, in which bright colors and geometrical patterns are embedded in some media. The concept of Mudéjar art, however, is a notion based primarily in European and American intellectual ideas. The definition of Mudéjar art is based on the emphasis on formal visual analysis, common to Western practice during the nineteenth and twentieth century. This fact calls for a redefinition of Mudéjar art, specifically in the way it has been assessed in its inclusion in other Hispanic countries.